Many tiny artists came out of the woodwork and showed up at last night's Tiny Art Party! Billfrog was there whittling away a block of balsa making the egg chair for his art grant awarded project  Big-Assed Worms. 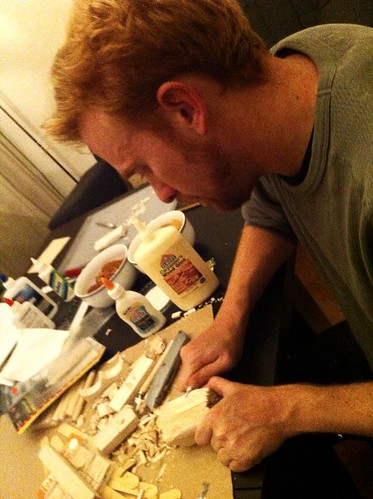 Suzanne Forbes was there creating her largest sculpture yet, a huge phoenix. You may remember Suzanne from some of her gorgeous works from years prior like the magnificent Balsa Betty. 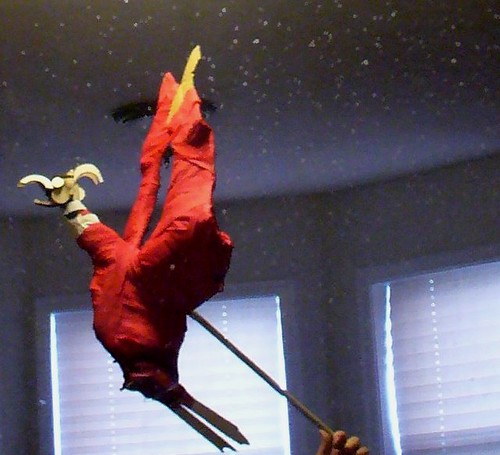 Many tiny artists were thankful for the balsa wood and tools provided by the Black Pebble Arts Foundation — which we were able to provide thanks to our donors! New tiny artists such as Tom Cauchois were able to show up with only a ounce of an idea and leave with a finished art project!

At the end of the evening Tom had finished his COLINWOOD sign. We interviewed Tom and he had this to say...

My affection for Balsa Man triggered the connection in my brain and heart to combine a "take" on the famous "Harveywood" sign, the name of Colin, founder of Balsa Man, and how his passion for art has turned Baker Beach into a thriving tinytropolis full of art.  I also hoped to create an art platform that would honor all of the fabulous artists whose works have thrilled me since my arrival on baker beach for the first time.

Granted we have no idea what this "famous Harveywood sign" is — when pressed he said it was a in-joke among Black Rock Desert campers — but hey at least it means something to Tom.

The BPAF looks forward to seeing all this tiny art and more at this year's Balsa Man!