At first the BPAF review committee had no idea what to make of this art grant proposal. It caused quite an uproar—seriously it took two hours to calm down Sunshine, who kept yelling about how "PETA would never stand for this."

Another reviewer started furiously digging through our bylaws to see if animals are even allowed at Balsa Man. To top it all of, Randy Razorwire started shouting "it's obviously an ad! We can't give this capitalist stooge a single red cent." 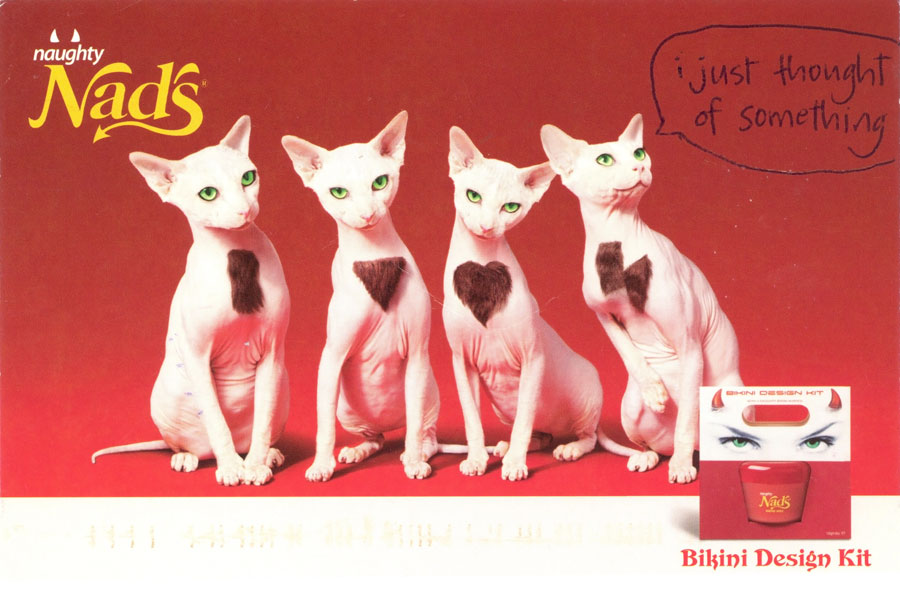 Then after Sunshine took a Xanax and Razorwire took a smoke break, then somebody, finally somebody, had the foresight to turn the postcard over… 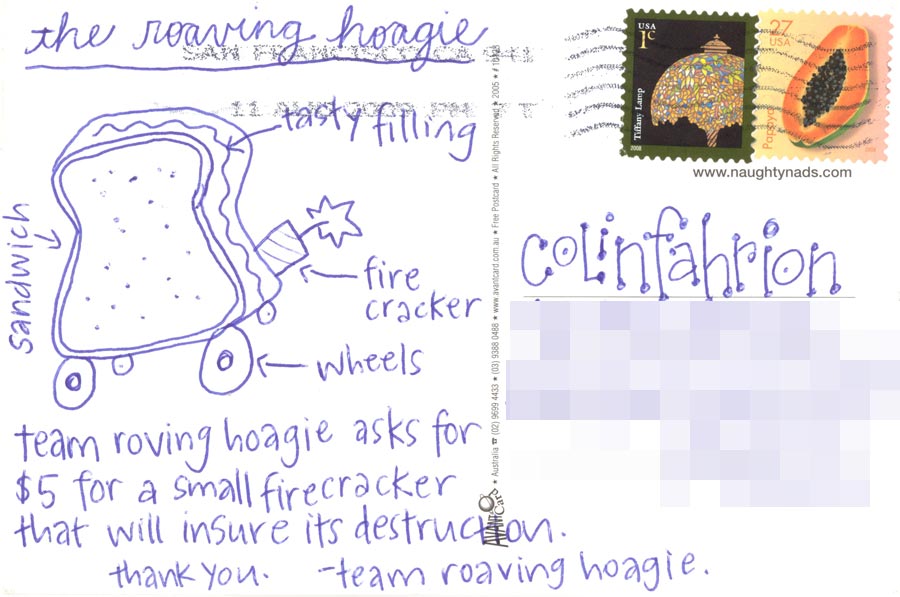 "Oh." was the only word said for about five minutes.

A sandwich on wheels with a firecracker shoved in it. Now that is a piece of art the BPAF can stand behind. That is art that makes sense.

Razorwire was still against it because what he felt was an "obvious capitalist attempt to destroy the very heart of Balsa Man," but the rest of us felt the Roving Hoagie was a great idea totally deserving of a tiny art grant award of $5.

Congratulations Sandwich Girl and the rest of Team Hoagie!