After receiving this grant proposal, we asked all the scientists we knew if squids could dream. The first said, "how would I know I'm a physicist?" and the second said,"I don't know I just study their optical neuron pathways."

Getting nowhere we decided this was a question outside the bounds of science so we asked Sunshine, our resident expert on anything not having anything to do with science. She replied that "Of course squid can dream! The squid here was likely compensating for feelings of inferiority by appearing gigantic in it's dream."

So there you have it, a squid with an inferiority complex. How could we not give a tiny art grant to such a beast? 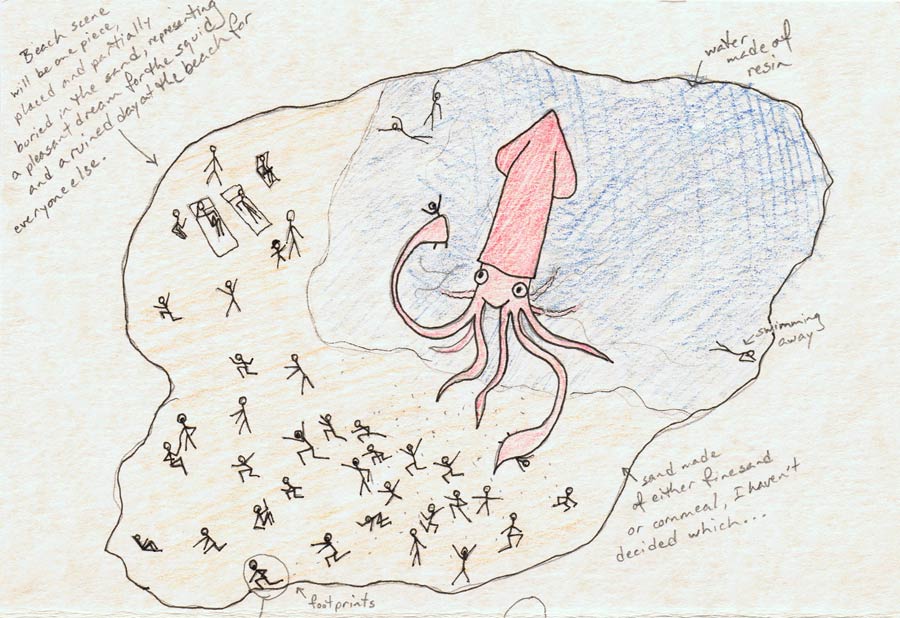 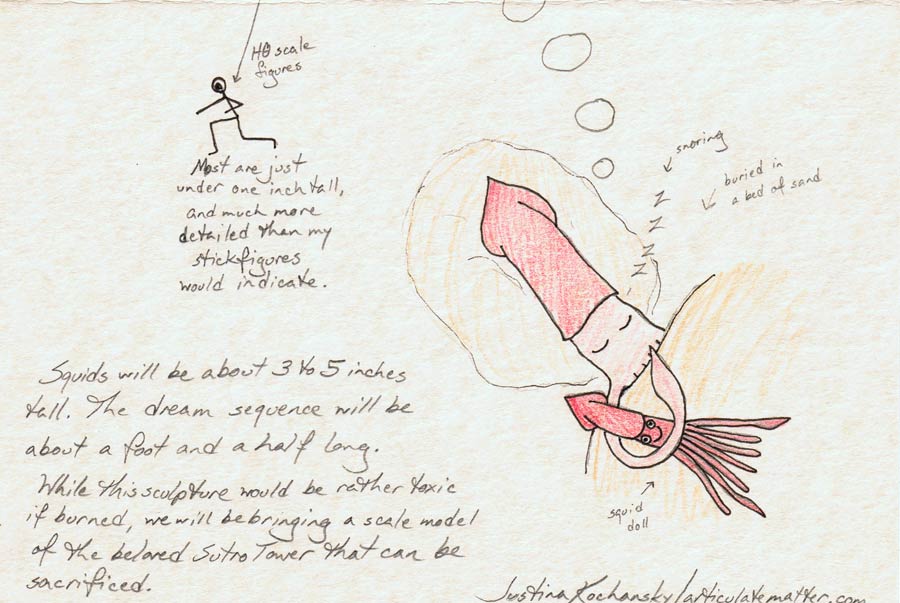 Congratulations Justina Kochansky! The BPAF awards you $10 for your project Big Squid Dreams.

UPDATE: Justina's has uploaded a photo to flickr of her adorable sleeping squid!

UPDATE: The final Squid Dream which was unveiled at Balsa Man was amazing. Also, it has just recently been showcased on Laughing Squid.