For those of you who weren't able to make Balsa Man Japan, you missed out on a great mass of itty-bitty imagination and joy. Obviously the main Balsa Man event kept me on this side of the Pacific pond, though I really would have loved to be there in person to see the Li'l Lamp Fighters marching across the sand. 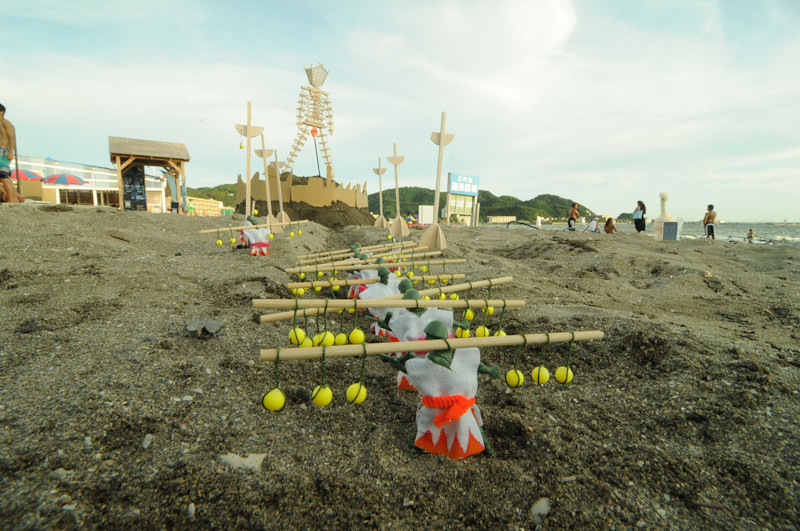 I've gone through all the photos and video from the event with relish—especially the tiny Hot Chihuahua Stand! But nothing beats a first hand account so I will let Makibee, the Japan Balsa Regional Lead tell the story…

"After having 3 Art building parties, we managed to build Balsa man. It looked a bit sketchy with chopped chopsticks but we decided to make it a little Japanese by using them. There were 12 artists involved in making the Balsa Man, all of which signed his tiny heart." 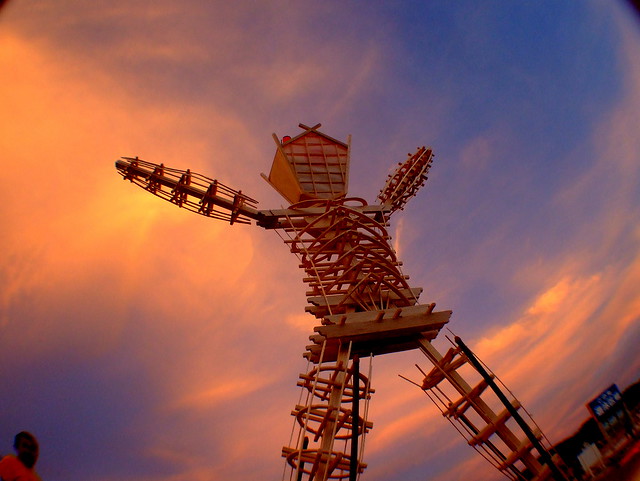 "It was one tiny wonderful evening at Zushi beach. We all got very excited, touched and it finished at 8pm. It was such a time efficient dose of excitement and of course it was the first time for all of us to have Balsa Man. It felt great, indeed!

Zushi is a popular beach city in nice laid back community of Kanagawa. One hour train ride with Balsa Man was already a big fun and I was more nervous than the day I took my 4 day old daughter to the hospital by train. He behaved well, so we could carry him to the beach without a damage. There were a few people looking at me and kids pointing gleefully at the man." 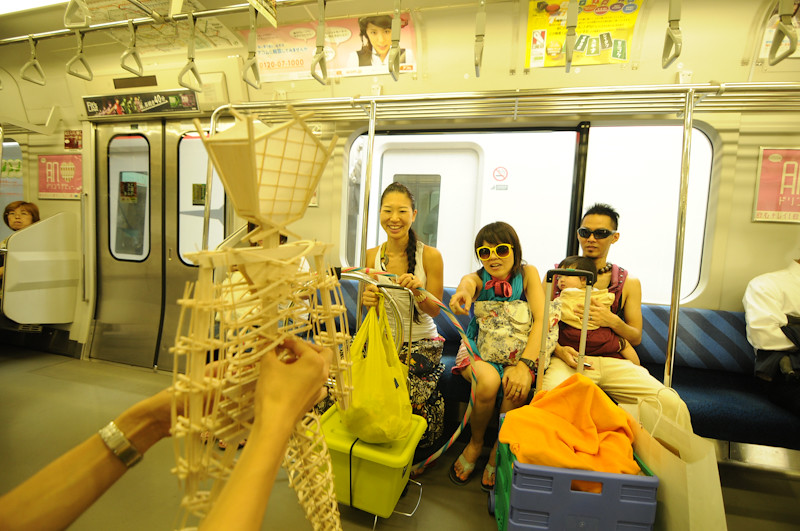 "Our friends arrived at Zushi beach and art works were revealed. It was such a great time of sharing, celebrating and having fun. Even the beautiful sunset seemed to celebrate us with salmon pink tint. About 25 artists including tiny ones under 4 attended the Balsa Man.

After the sun sets, the beach was lit with LEDs and boom boom psyche trance from the NEKO-bus. It made me think what I should make for the next Balsa Man."

"After Ayumi's puppet size fire hooping, we set fireworks. We had quite a lot of them however not enough to lit the Man. Probably because the wind was too strong, the campfire helper jell was not enough and the chopsticks were moist from the damp ocean wind. So we damped Ayumi's fuel for fire hooping and lit the man again, which worked for the alpaca, the temple and the rest of art works as well. It was great to have everybody around the fire and watch everything burn." 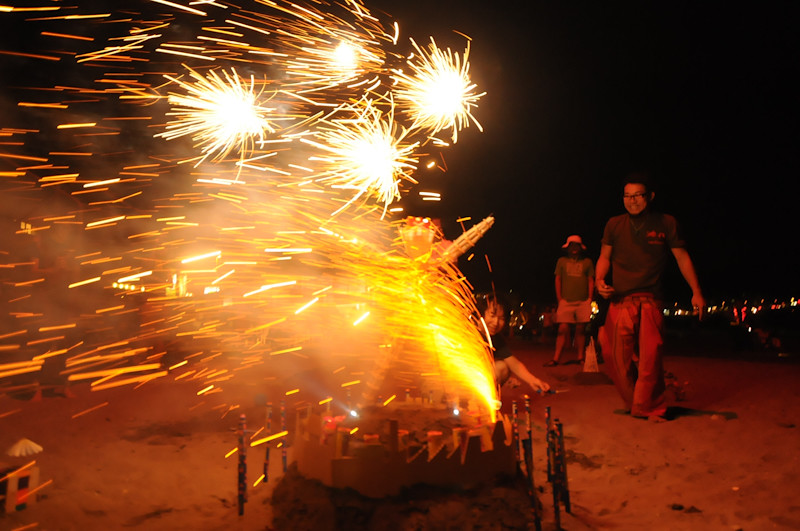 "Most of the participants have been to the desert but this could be the first time to make ART, figures, and  structures to be burnt. When survival and air plane luggage limit come first, making a solid chunk of art was such a dream to be a part of. It is an irony that we finally had more freedom to make art by limiting the scale to 1/16. And I love that twist ;)

After the burn, we stopped by a cozy beach house turned into a small movie theater; called Cinema Amigo. And we toasted our first burn in Zushi, promising the next year."

More photos are available on the Balsa Man Japan Flickr Pool and on the following people's albums.

Congratulations Makibee and all the Japan Balsa Burners for adding a bit of tiny magic to this world! We are all truly inspired by your creativity and jubilation!