In our second installment of our Forging Community blog series, Benjy Feen, discusses the ever controversial topic of the Balsa Man Theme…

You're probably aware that there's been some grumbling about the Balsa Man 2010 theme. There are those who feel that "The Forged Village" reflects a trend away from Balsa Man's original spirit; they point to Wikipedia, citing as much of the Wikipedia entry on "Village" as will fit into 140 characters:

A village is a clustered human settlement/community, lrgr thn a hamlet w/the pop. ranging from a few 100 to a few 1000s (sometimes 10000s) 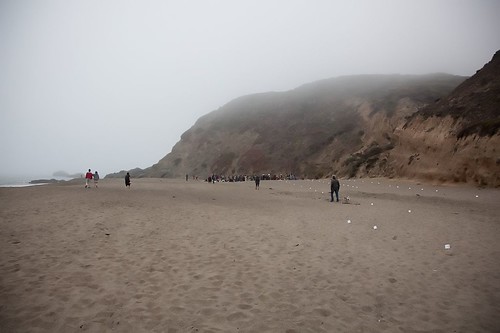 I can hear the shrill whine of the jaded now, claiming how no year can top the year the theme was "Fishies!!!" or tirelessly repeating how Balsa Man was better before it had themes. In answer to all this, we'd like to give you a small glimpse into how this year's theme was decided upon…

The Balsa Man theme selection process is not random; the theme committee doesn't just dream up next year's theme while in the shower. A countless number of minutes of discussion and debate went into deciding the theme for this year. Several ideas came out of the meeting, but ultimately most of the ideas put forward were deemed either not in keeping with the diminutive spirit of Balsa Man or so esoteric, kooky, and trite at the same time that they were evocative of nothing.

Here are some examples of themes we discarded:

Ultimately, the decision was to go with "The Forged Village" for a number of reasons. Colin Fahrion, the Chief Tiny Officer of Balsa Man—who'd like everyone to know he is in no way the tyrannical autocratic leader the rumors have him to be—has this to say about why he thinks "The Forged Village" is the perfect focus for the 2010 event:

"Balsa Man is rapidly becoming a victim of its own modest success, and with attendance promising to set new records, we are headed for an identity crisis. The Forged Village theme was selected in order to inspire attendees to think about the Balsa Man community's role in both the minuscule event's future and how the small community of Balsa Man can change the world at large. We're glad to see that inspiration in action.

In addition, we knew that people were going to freak out no matter what theme we chose, so we decided to just go with whatever was the least retarded."

We look forward to seeing the mild irreverence we so prize in the Balsa Man community!