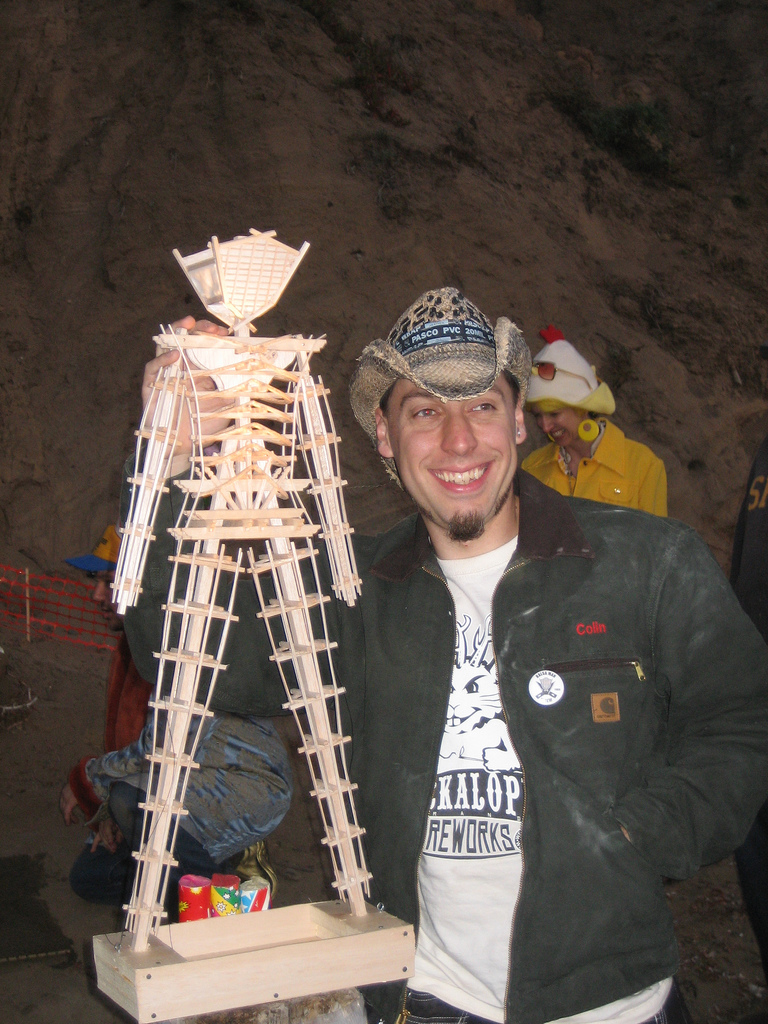 When I started this art project so many years ago, it was little more than a minor inspiration. I had originally just planned to burn the lil' guy myself but others soon asked if they could come and add something to the event. I'm thankful of all who jumped in an participated from the marvelous temple of Reduced Expectations by J-Rad to the balsa phoenix, the pink buddhas, diminutive dance dance immolation!

Before the first Balsa Man event was over, I already knew I had to do it again. The passion and joy on the faces of the literally dozens of participants inspired me to take concept further the next year — Balsa Man was ripe with creative ore.

In all these years, I never did the event just to do it. I always endeavored to find a new creative reason — a new idea, a new challenge. Many times these ideas came from the participants themselves and other times they were ideas that came to me in a fit of joy and laughter. This continued year after year as I was inspired by all that came before and new creative twists were added to the event. 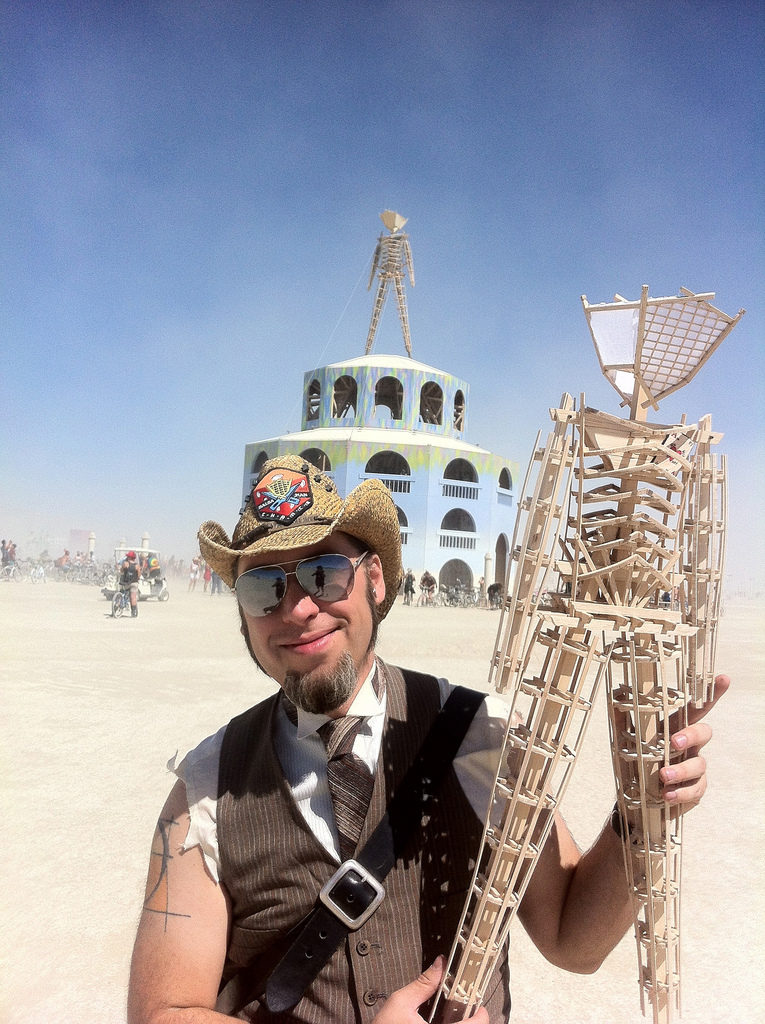 This year is different. This year my inspiration is the wisdom that one has to know when to let things go. In many ways, this past year was a wonderful year to end on: I was able to go out to the desert to host the Black Rock Regional myself. We finally moved the event from Baker Beach where was it's home for years to a wonderful enchanting beach north of San Francisco. Due to the added distance, the attendance dropped drastically from several hundred participants to a number much closer to the attendance our first year. In a sense, it was an ouroboros return to the beginning.

This is the reason behind this year's Balsa Man theme "Flotsam & Jetsam" — I am jettisoning Balsa Man into the sea of subconscious so that I can travel lighter, sailing my craft onward to new creative waters!

Again, I thank each and every one of you: all of the tiny artists, all of the donors, the Balsa Man KCrew, the DTW, the Balsa Man org staff, the BPAF tiny arts grant committee and their incompetent hot pants interns*, everyone who offered encouragement, and all who helped in whatever small way they could.

*some or all of the Balsa Man and BPAF staff may or may not have existed.