Better late than never I guess… We just got this writeup in about last year's Balsa Regional in the Black Rock Desert. And here I thought Balsars were procrastinators, but these desert campers are even worse.

As the date for the 2011 Balsa Man slowly approaches, I realize I am overdue to turn in my report from the 2010 Balsa Man Regional Burn. Apologies for my tardiness. I had a marginally rough return to what I am now calling the "Deficient World", and I allowed minor commitments get in the way of a proper Balsa breakdown. This year's Balsa Man Regional Burn was held on a dry lakebed in rural Nevada. It was attended by several dozen Tiny Art enthusiasts and builders, as well as a few passersby from a nearby arts & crafts festival. 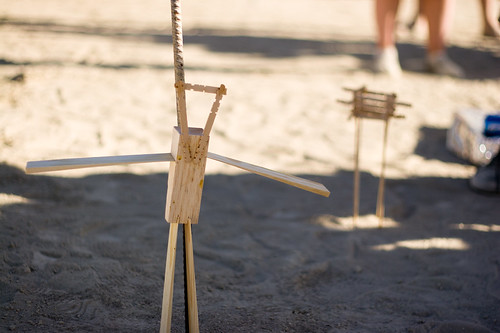 Some crazed firebrand snuck up on proceedings just as a small crowd was starting to gather, and set the initial Balsa Man sculpture on fire. 2010 was the year our (regional) Balsa Man burned early! 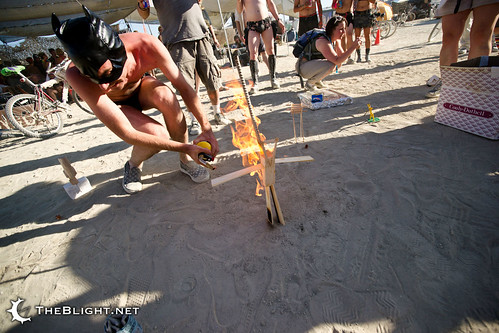 The identity of this Early-Burn Arsonist is unknown, although he was pursued immediately by our perimeter staff 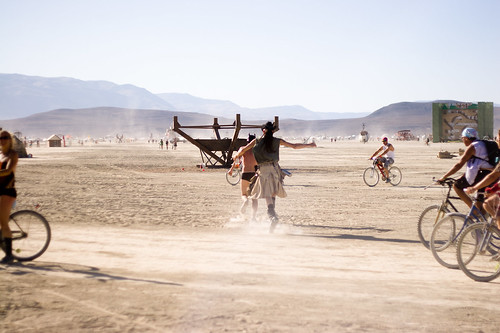 and was in custody long enough for this mug shot to be taken. 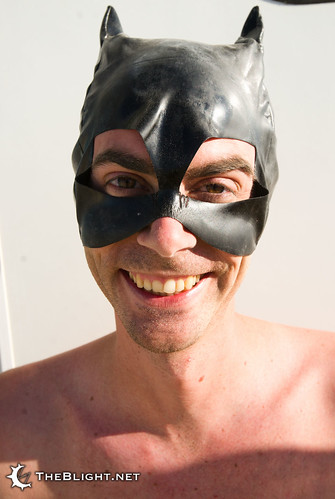 Alas he slipped out of our low-security cells almost immediately.

After the initial Balsa structure met a premature end, the sparse crowd was left disappointed and a little let-down.  Fortunately,there were enough raw materials on hand at our nearby camp to fabricate a new and almost-as-good Balsa Man.  Many sleepless minutes were spent creating this new flammable sculpture, lest the assembled few have to find a way to entertain themselves. 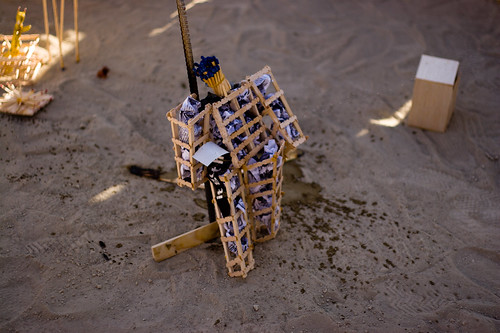 Once we had our diminutive centerpiece back in place, SFSlim kicked off the proceedings with some impromptu and very-free-form fire-spinning.  His choice of "poi" (strike-anywhere matches) may have given him some tiny burns on his fingers. 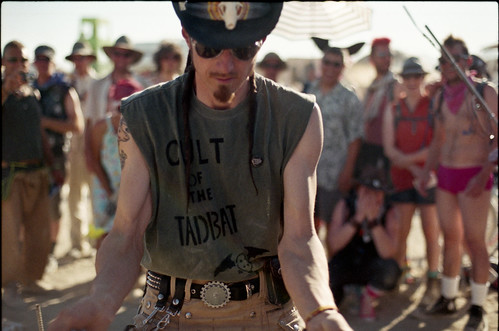 People in front were asked to take a seat, so those in the back could see even more easily. 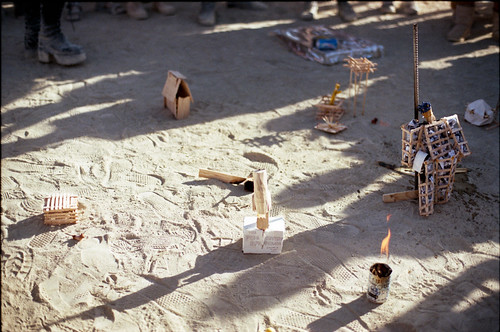 The Tiny Art was moderately impressive, and you could tell that several minutes had been lavished on some pieces. A bit less on others. There was a falstaff, the small wooden churches favored by Norwegian black metal musicians; an articulated sculpture of a finger picking a balsanose; as well as a small wooden porta-potty.

All of this was drizzled in lighter fluid and set ablaze, in front of the bar at our little camp, which we call The Fandango Village. 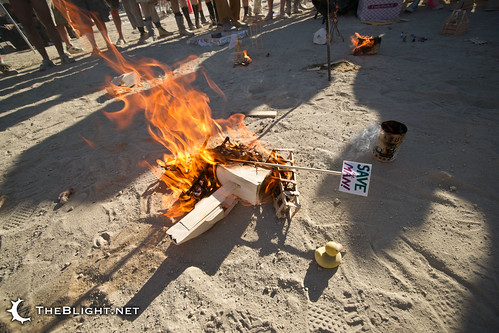 So despite the minor setback of our central structure catching on fire early, we persevered and had a reasonably decent time.  Thanks for letting our little village host the event for 2010, and I look forward to attending the 2011 Balsa Man Regional, at some puny camp called Costco.