The first Balsa Man began in 2008 as a whim to build a small sculpture out of balsa wood and burn it on Baker Beach. This quickly became more, others felt the urge to participate bringing their own tiny art and just the right morsel of enthusiasm!

As the diminutive 3' Balsa Man burned, the cheers of the few dozen participants rose up making it feel like the crowd was a several dozen in size! It was immediately clear that the event had to happen again! The following years, brought lots of growth to the Balsa Man event. The Black Pebble Arts Foundation was formed giving out tiny art grants to tiny artists. Regional Balsa Man events have appeared all over the world — from the Black Rock Desert to Boston to Minneapolis to Philadelphia to San Diego to London to Tokyo!

After several years, Balsa Man had become too big of a success and had to move off of Baker Beach. We conducted a short but grueling location search, from neglected parks in San Francisco to remote beaches in North Bay to warehouses in Oakland to deserts in Nevada. None of these locations really felt right, they all would have required Balsa Man to change from the event that it was so something different. So in 2013 the founder of Balsa Man, Colin Fahrion, decided to put down his X-Acto knives to let the project go free.

In 2020, Balsa Man was brought back one last time for a special event at the Oakland Museum of California!

Past Themes of Balsa Man

The first year of Balsa Man! The year I learned how much of a pain in the ass it was to carve curved rib sections with a X-Acto knife. It initially was just going to be me on a beach with my balsa "Man" and a can of lighter fluid. But then my photo blog of my build got on Laughing Squid. Soon we had a very small crowd who wanted to come with tiny art of their own! Including the magical Temple of Reduced Expectations! 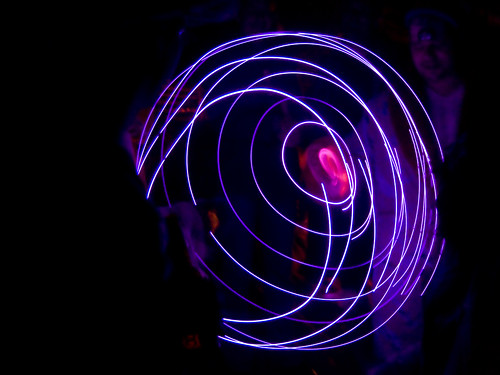 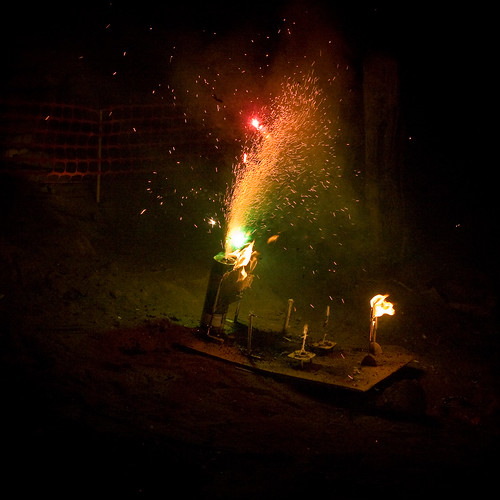 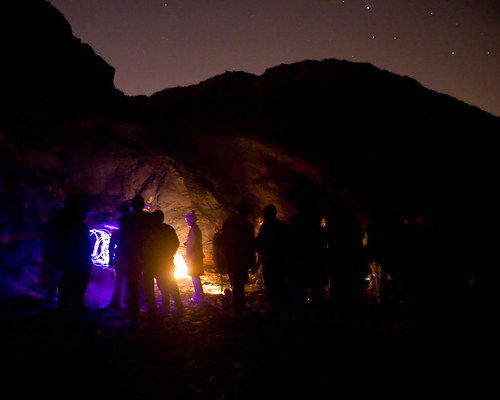 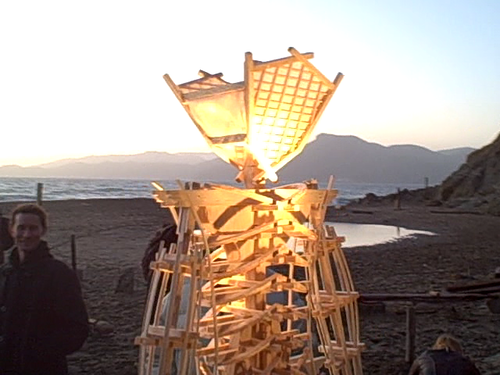 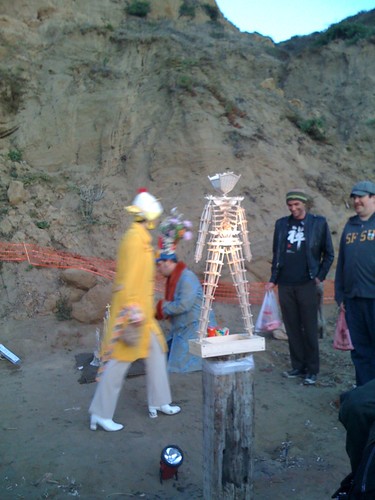 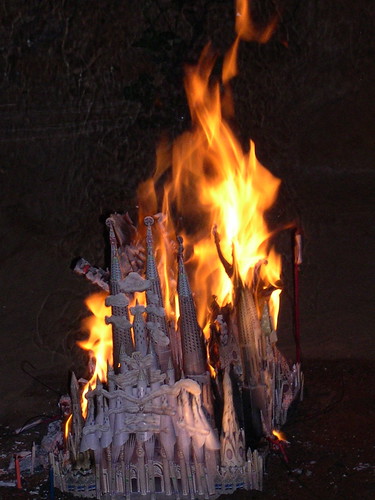 Big Dreams, Writ Small! Balsa Man year two when the Balsa Man Org was birthed, the website was launched with our Balsa Blog, and the Black Pebble Arts Foundation was formed to give out Tiny Grants for Tiny Artists! All this attracted tons more creative souls with numerous tiny art projects! This was also the first year of the Black Rock Balsa Man Regional, a small gift to those bored Labor Day weekend campers in the Black Rock Desert. 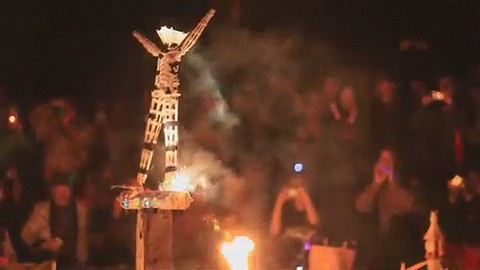 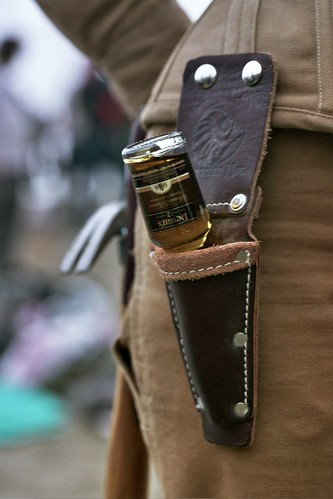 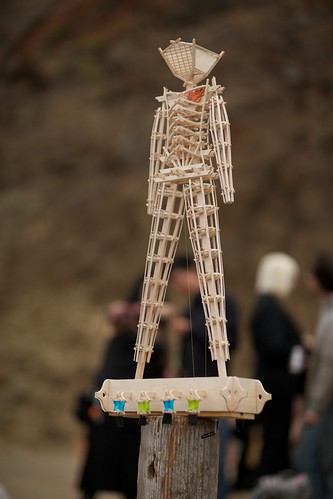 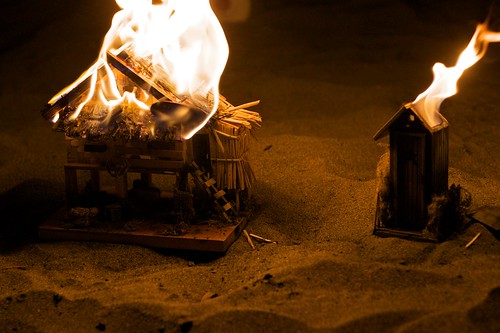 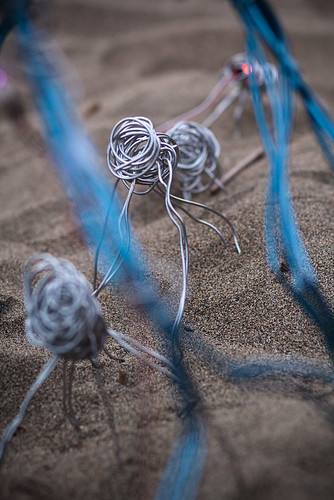 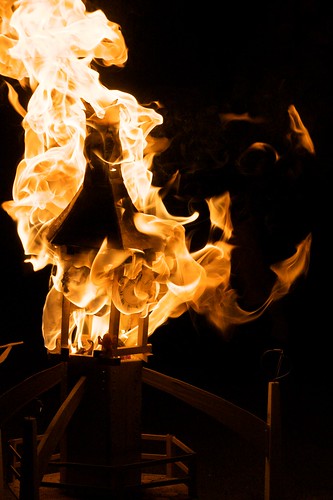 And All Was Lost, But Something Was Gained.

The Forged Village! The year of expanding community. This was the year the Balsa Man Org put effort into supporting Balsa Man regionals all over the world — San Diego, Boston, Minneapolis, London, Tokyo, as well as a regional in the Black Rock Desert! This year saw the release of Dress Warm 2010 "Fuck Big Art", the Balsa Man alternative newspaper! With a larger pool of volunteers the Balsa Man KCrew took a big step up with an detailed man base and glorious multicolored puny pyro display! 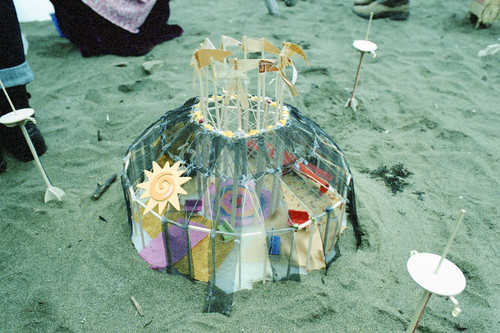 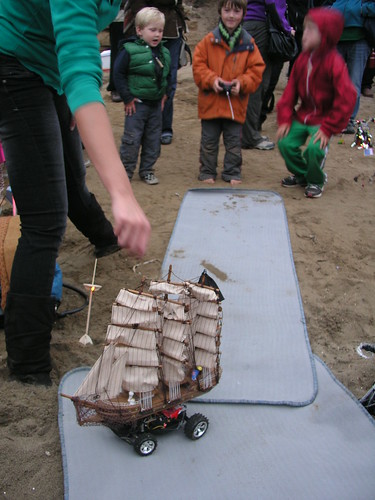 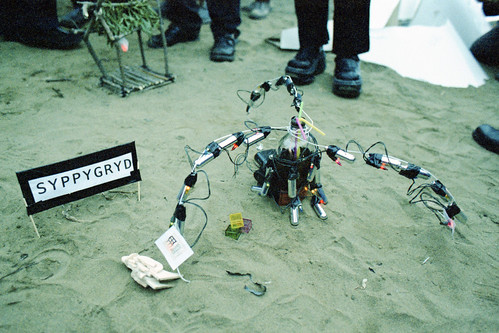 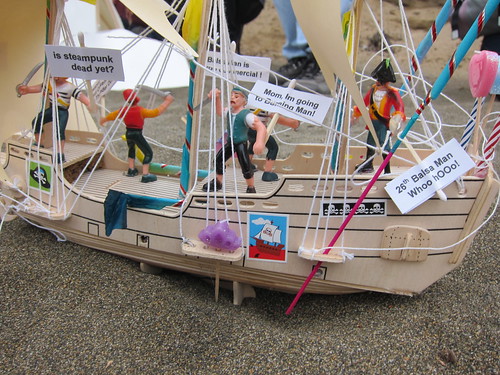 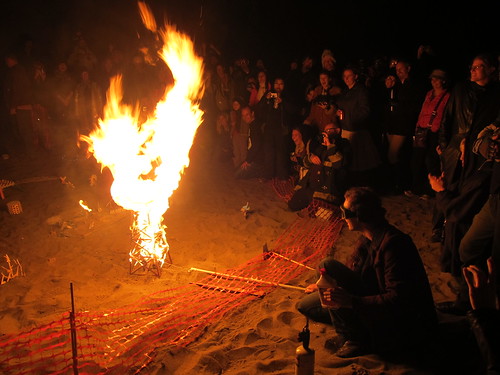 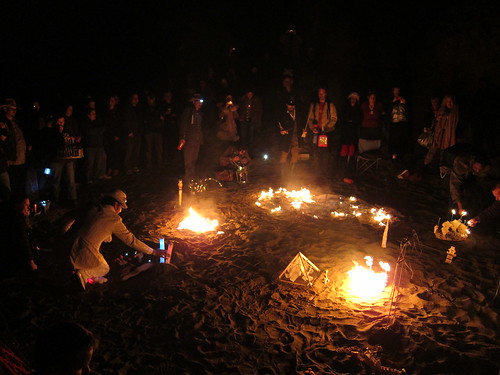 Growing Pains! After the explosion of attendees, Balsa Man org for the first time sells tickets, only 10¢ per ticket! Unprepared for the demand, tickets sold out at some locations. We are pretty sure participants snuck past the gate given that it was only a 2' tall and 8' wide white picket fence. Adding to the "pains" of 2011, the burn had to be relocated suddenly mid event due to polite request from the federal park service. Make sure to check out the 2011 edition of Dress Warm "Shut Up And Swallow"! 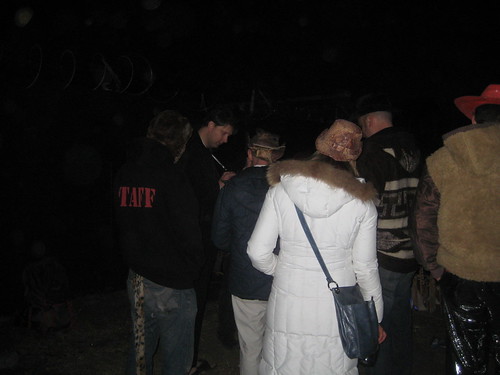 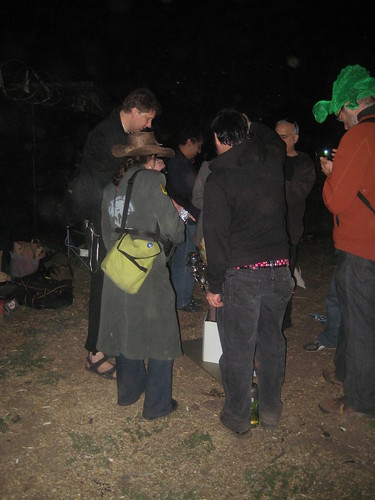 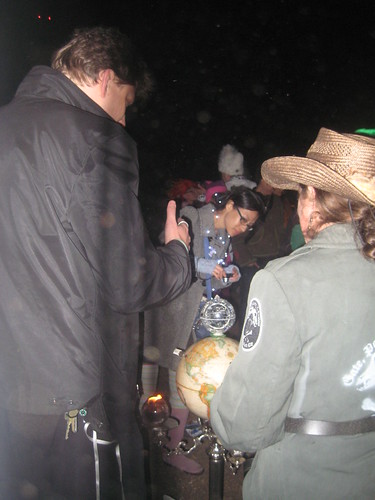 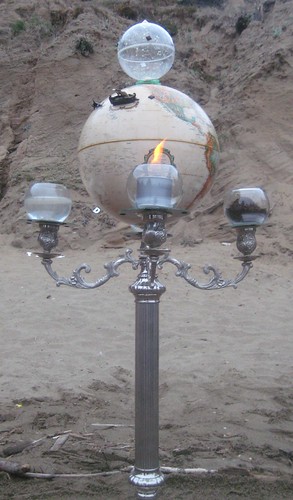 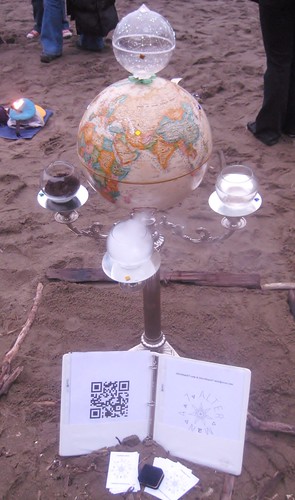 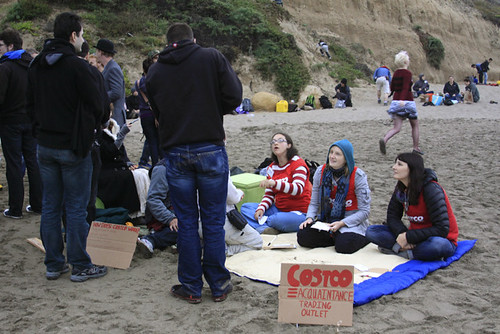 Chance! In spirit of the theme, Balsa Man org held Bingo and Three Card Monte events for people to win tickets. This to was a fiasco and we got some angry emails, but at least it was fun! The 2012 Black Rock Regional was run by the Balsa Man founder himself, Colin Fahrion, who drove to the desert and then back for the Balsa Man main event! The Balsa Man event had to be moved from it's original spot. The new location was announced last minute which lowered participants back down to 2008 levels, which was unfortunate but also fitting for it to shrink. 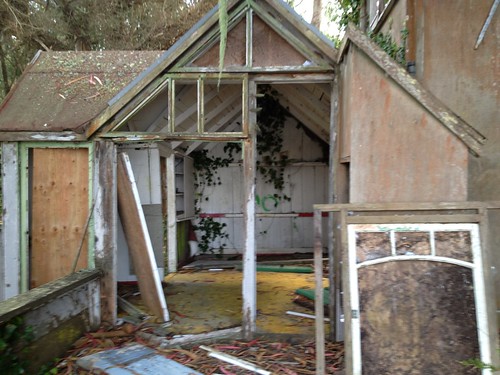 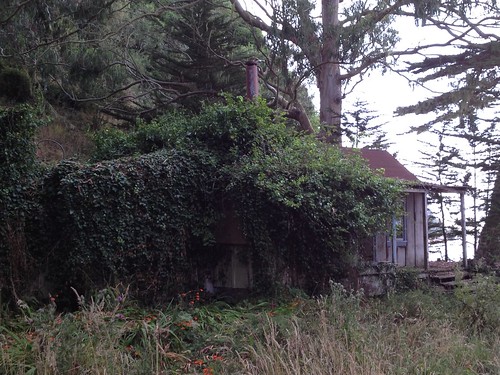 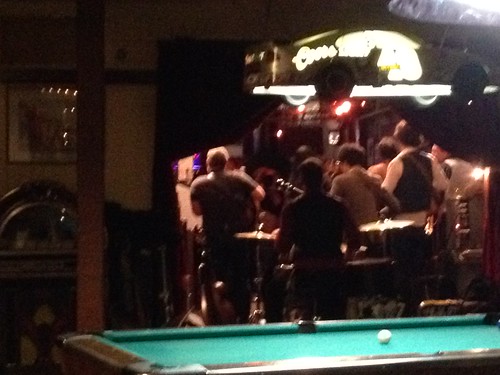 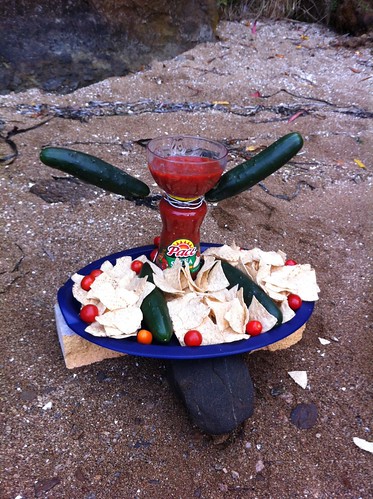 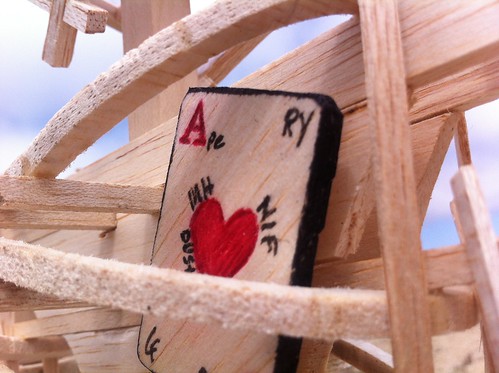 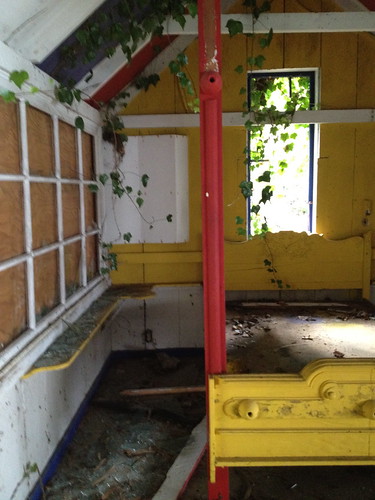 Flotsam & Jetsam! This year marked the year of letting go. The Balsa Man Org put a lot of work into location scouting which came to not much. After much discussion, the founder, Colin Fahrion, realized that he had accomplished all he set out to do and more. It was time to let the project go. There was no official event this year. The Balsa Man Org disbanded and encouraged Balsa Burners to see this not as an end but a beginning. We encouraged all to take the spirit and creativity of Balsa Man and forge their own events!

At the beginning of 2020, the Oakland Museum of California hosted a special Balsa Man 2020 event as part of their No Spectators: The Art of Burning Man exhibit. It was a smashing success! Black Pebble City grew throughout the day thanks to people of all ages and sizes who participated by making tiny art to fill out the city! From teeny tents to puny porto-potties to balsa sculptures of all types to tiny mutant vehicles!

A big thanks also goes out to the volunteers who helped make it happen! The Balsa Man KCrew labored away to build the Man. The Dept of Tiny Works helped lay out the streets and put up the tiny trash fence. And the Artery helped run the art workshop and helped tiny artists find the perfect place for their work in Black Pebble City.

Also, of course, a big thanks to the Oakland Museum of California for their support in bringing back Balsa Man one last time!